Boat trip on the Rhine

Distance from the hotel: 6.5 km

Köln-Düsseldorfer Deutsche Rheinschifffahrt GmbH, abbreviated KD, follows in the tradition of the operating association Kölnische und Düsseldorfer Gesellschaft für Rhein-Dampfschifffahrt, which was formed in 1853 by two shipping companies founded in Cologne and Düsseldorf in 1826 and 1836 respectively. By merger agreement of May 16, 1967, the younger Düsseldorf company was merged into the older Cologne company, which took on the new name KÖLN-DÜSSELDORFER Deutsche Rheinschifffahrt Aktiengesellschaft. With a fleet of thirteen ships, KD is the market leader for pleasure and scheduled cruises on the Rhine, Main and Moselle rivers. Traditional destinations are the attractions of the Middle Rhine or special events like Rhine in Flames. (Source Wikipedia)

Even more tips for Cologne explorers

Guided Tour: Through Cologne by E-Scooter

The summer in the LANXESS Arena

Excursion tip: A visit to the Belgian quarter in Cologne

The 10 best tips for things to do in Cologne

Cologne in winter is worth a trip

The family friendly hotel in Cologne

Boat trip on the Rhine

Drachenfels in the Siebengebirge

Phantasialand in Brühl near Cologne 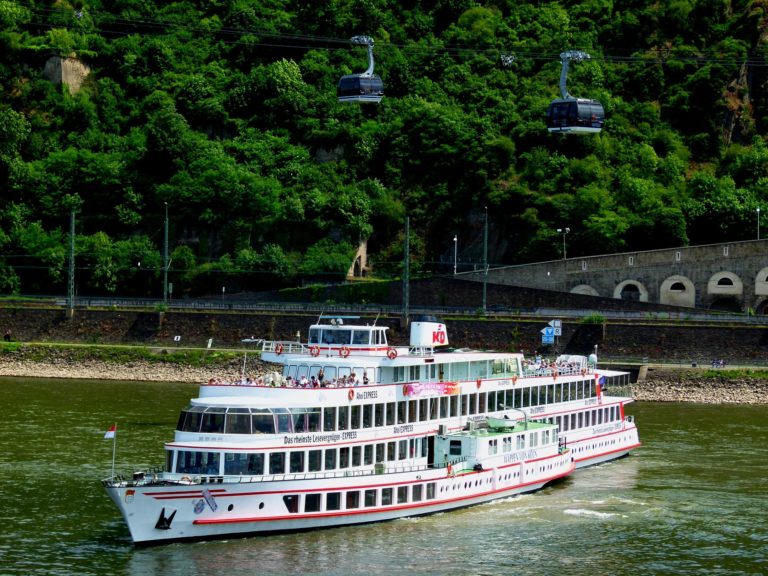